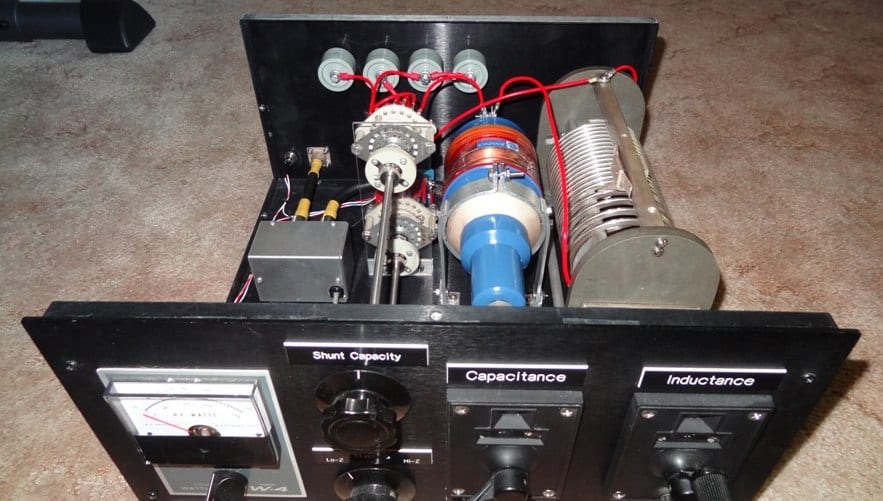 An antenna tuner, also known as a trans match, is a device for correcting an impedance mismatch between a transmitter or receiver and an antenna.

It is often believed that a tuner actually “tunes” a non-resonant antenna, tricking it into behaving as though it were resonant. This is not the case, as a simple experiment will show.

Suppose that we set up a transceiver system like the one below.

rs directly together. If the transmitter is keyed, both SWR meters will indicate the same level of SWR. Assume that the non-resonant antenna has SWR at both meters of 10:1.

In other words, our “antenna” tuner is actually tuning the transmitter to the antenna, not the antenna to the transmitter. We might better call it a transmitter tuner or transceiver tuner! There will always be feedline losses on the line between the tuner and the antenna. To minimize these keep this connection as short as possible and use the best cable you can afford!

The most common amateur antenna tuners are the many models made by MFJ. Other manufacturers also produce tuners. The assembly of a tuner is so simple that many hams build their own from scratch using homebrew techniques. Simple schematic: