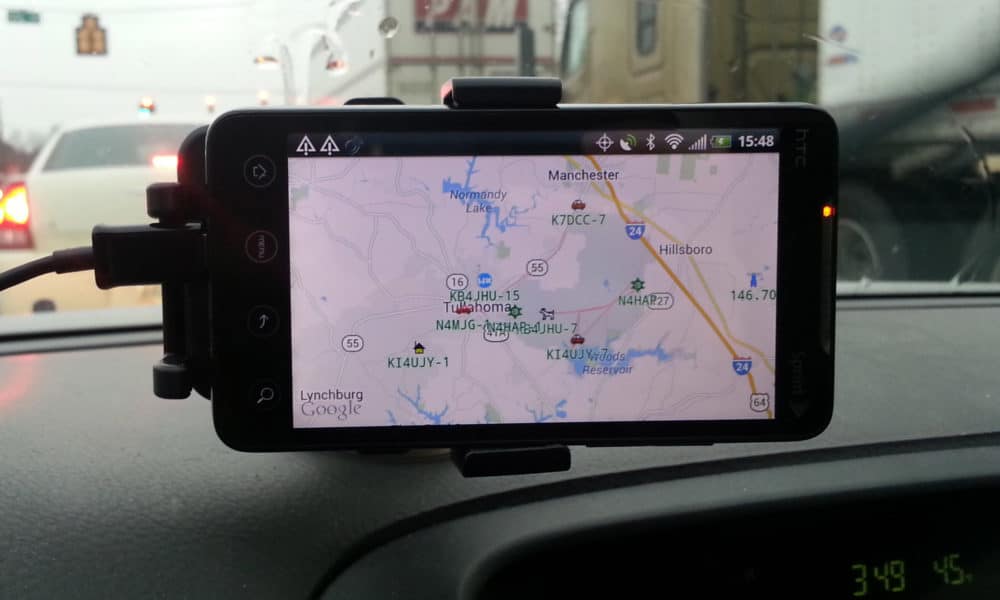 APRS operates by receiving packets on a single fixed frequency (on 2 meters this is normally 144.39MHz North America or 144.8MHz Europe), storing them and retransmitting them until they reach a station which can transfer the information to the Internet. Information in the packet header specifies a limit on the number of times one packet will be forwarded (typically WIDE 1,1) to prevent saturation of the network with large numbers of duplicative messages.

Automatic Packet Reporting System, its original (and correct) meaning, and

Automatic Position Reporting System – this came about because position reporting became one of its main uses in ham radio.

APRS has been often used to track weather balloons and unmanned telemetry flights. A small transmitter and a GPS are attached to the payload; various APRS stations can then log the flight path and broadcast the received information via the Internet. When the payload returns to Earth, its position is immediately known so that the equipment and acquired data may be quickly retrieved by ground crews.

APRS has also been used by fixed stations to send periodic weather information (temperature, pressure, wind, humidity, precipitation, visibility) and by mobile stations to announce location and identify another frequency on which the mobile is accepting voice communications.

APRS can also be used to send short (typically one-line) text messages, although it affords no privacy to message content.