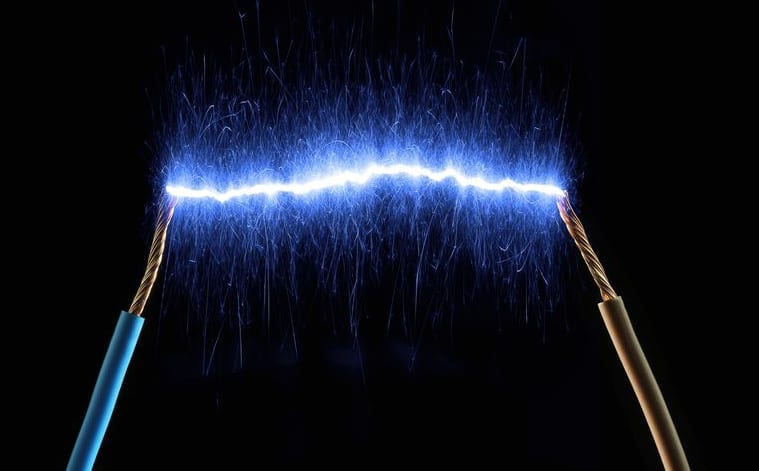 Simply, current is the flow of electric charge through a conductor.

The notion of conventional current was started by Benjamin Franklin who sought to describe the phenomenon of static electricity saying that charge (electrons) could be “rubbed off” some materials by others. He proposed that the charge was transferred from wax to wool when they are rubbed together. He described the wool as being “negative” or having a deficiency of charge which allowed the transfer to take place. These experiments occurred well before the nature of electrons was discovered, by which time his descriptions had taken a firm hold in the scientific community.

Hence, conventional current is said to flow from positive to negative.

We now know that electrons carry a negative charge and that similar charges repel. Hence, in an electric circuit, negative charge (and electrons) will move from the more negative end of the circuit to the more positive.

Does it matter which one we use?

In simple circuits the answer is no. Many circuits, however, contain “polarised” components that only work properly if they are placed in the circuit in a particular orientation. One example is the diode. Polarised devices are usually semiconductors but do include electrolytic capacitors.

How is current created?

On an atomic level, conductors contain a lot of “free” electrons. These are loosely bound to atoms and can move from one atom to another when a force is applied. When a voltage source is applied to the ends of a conductor, an electrostatic field is produced. It is this field that provides the necessary force to move the electrons, which start to drift towards the positive end of the conductor.

Current is defined as the time rate of change of charge. This means that current is the quantity of electric charge that passes a point on the conductor per second.

For an electric current of 1 ampere, 1 coulomb of electric charge (which consists of about 6.242 × 1018 electrons) drifts every second past any point on a conductor.

For a steady flow, the current I in amperes can be calculated with the following equation:

As a time rate of change of charge function current is:

Whilst the charge moves very quickly through a conductor, the electrons move considerably more slowly. Their speed is give by the formula

For example, in a copper wire of cross-section 0.5 mm2, carrying a current of 5 A, the drift speed of the electrons is of the order of a millimeter per second.

Direct Current – DC is the flow of electric charge through a conductor in one direction. Common sources of DC are batteries, thermocouples and solar cells. Many circuits are designed to operate on DC. These circuits will usually either not operate at all or be damaged if the DC is applied in the wrong direction.

Direct current can also mean “constant polarity current”. In this, the current can vary, but its direction does not change.