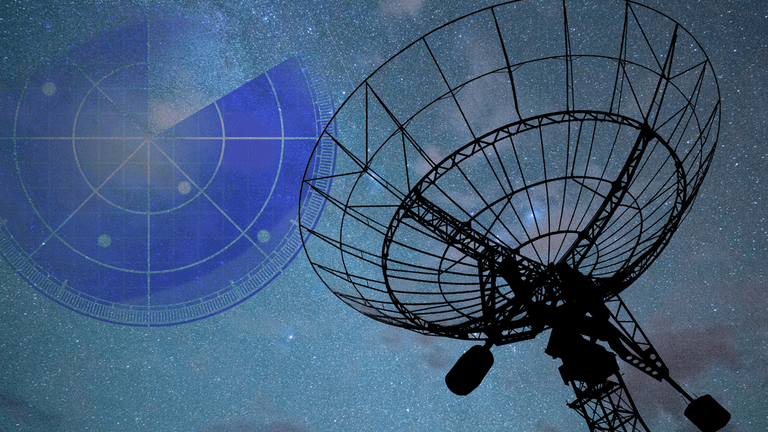 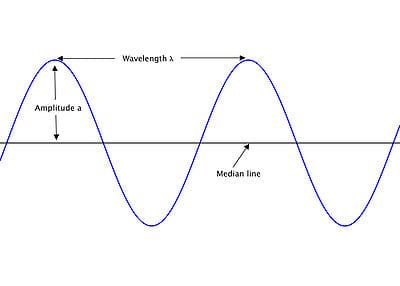 The velocity of electromagnetic waves is close to the speed of light in the atmosphere, approximately 300 000 000 m/s.

Since velocity is the speed of light and is constant, we denote it with the letter c:

This allows us to deduce the wavelength from the frequency and vice-versa.

Calculating the wavelength from frequency and vice versa

From the above, we can infer that the frequency can be calculated from the wavelength using:

and the reverse, calculating the wavelength from the frequency, is a similar operation:

This should be familiar to people that studied algebra.

Note that most of the time, since those numbers are so high, most operators prefer to operate with the mega prefix, so the formulas become simpler:

Here, f’ is in Mhz and a Mm/s is a mega-meter per second.

The frequency of a 20m radio wave is:

An easier way to calculate this is treat c as “300Mm/s” (300 megameters per second) and just divide by the wavelength (in meters) to get the frequency (in Megahertz).

The reverse operation is of course possible and very similar.

Here you would get the wavelength in meters, provided that f is in Hz. An easier way is to do the same as above and just use mega prefixes everywhere:

Here, f’ is in Mhz. Finding the wavelength of a 447Mhz signal would be:

Those calculations are very useful to find the length of a good antenna, as antennas operate better when they have a size that is close to the wavelength or an integer multiple of the half-wavelength.