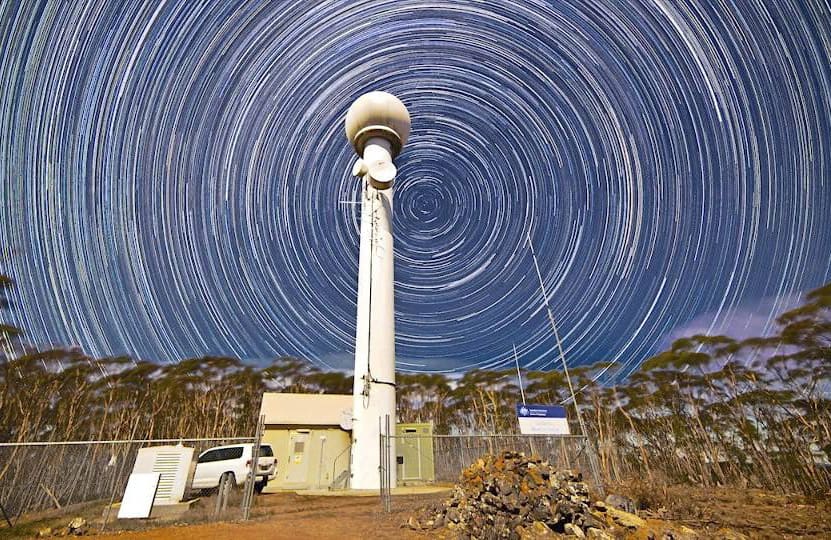 What is a cyclic curve?

Frequency, Wavelength and Period refer to cyclic (repeating) waveforms. In ham radio, we usually deal with sinusoidal (shaped like a sine curve), but many other repeating wave shapes are possible. 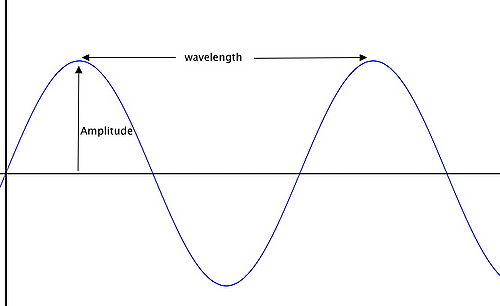 Mathematically, the basic wave equation is:

v is the velocity of the wave in meters per second – a constant close to the speed of light for radio waves in the atmosphere.

<math> \lambda </math> is the wavelength of the wave in meters – the distance between two peaks of the wave.

So, as the frequency increases, the wavelength decreases – a doubling of frequency causes a halving of wavelength etc.

As indicated in the diagram above, the wavelength of a cyclic curve is the distance between adjacent corresponding points – peak to peak, trough to trough, etc. For most ham radio applications, the wavelength is measured in meters (m), centimeters (cm) or millimeters (mm). This is in fact how the amateur bands are described – eg 20m, 70cm, etc.

Frequency is the number of corresponding wave points (eg peaks) that pass a stationary point each second. The unit for this is Hertz (Hz) or cycles per second.

Period is the time taken for one complete cycle to pass a stationary point.

Radiowaves are usually described by their frequency (or by their wavelength when identifying an amateur band) rather than their period. The relationship between period and frequency is that they are the reciprocal of each other:

f = frequency in Hertz (Hz) and

T = the period in seconds

some comparisons between period and frequency are shown below.

Anharmonic of a particular frequency (the fundamental frequency f) is another frequency that is an integer multiple of the first one. For example:

In the diagram below it can be seen that harmonics share common nodes. 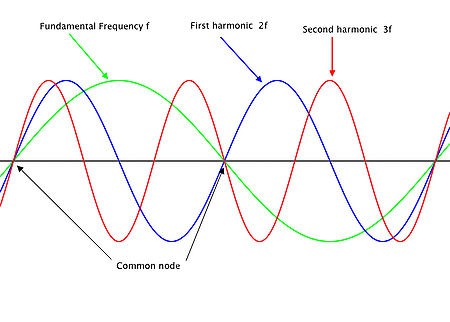