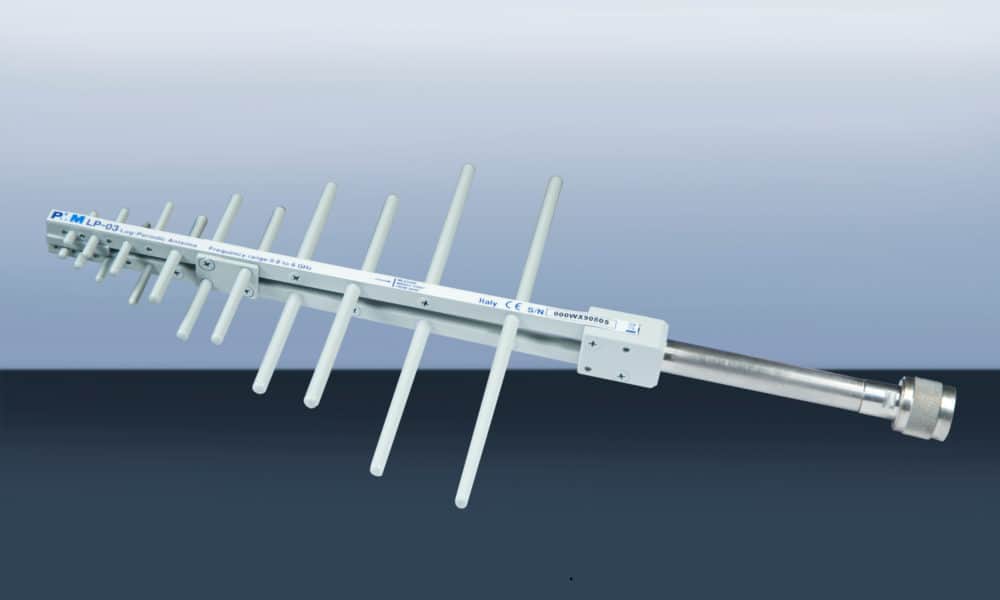 The log-periodic Dipole Array (LDPA) is a multi-frequency antenna composed of a series of driven elements parallel to each other. One of the advantages of the LDPA is that each on each frequency that it is designed for the following essential characteristics of an effective antenna remains almost constant:

How does it work?

The basic shape of an LPDA is shown in the diagram below. All the elements are driven as all are connected to the feed point. The construction is a series of parallel dipoles of different lengths and different spacings. At a particular frequency, one of the elements will be resonant and the others will not. 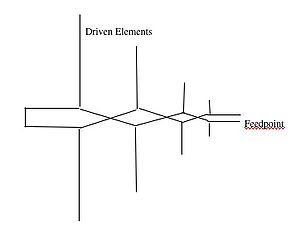 As can be seen in the diagram, one unusual feature of an LPDA is the “crossing over” of the feed lines for each successive dipole in the array – giving a relative phase shift at each dipole of <math>180^0 </math> compared to those closest to it.

The LPDA is capable of providing maximum: minimum frequency ratio of nearly 2:1 when appropriate design parameters are used.

Typically, Gain is in the region of 7.4dBd

In this antenna, the electrical properties vary logarithmically with the frequency.

Two variables (selectable and adjustable by the designer) affect the electrical characteristics of the LPDA:

<math> \tau </math> known as the design parameter and

In the diagram below, 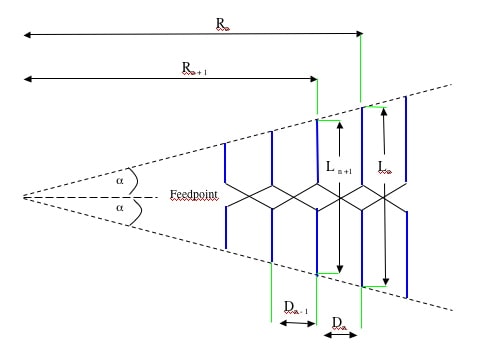 How do I design an LPDA?