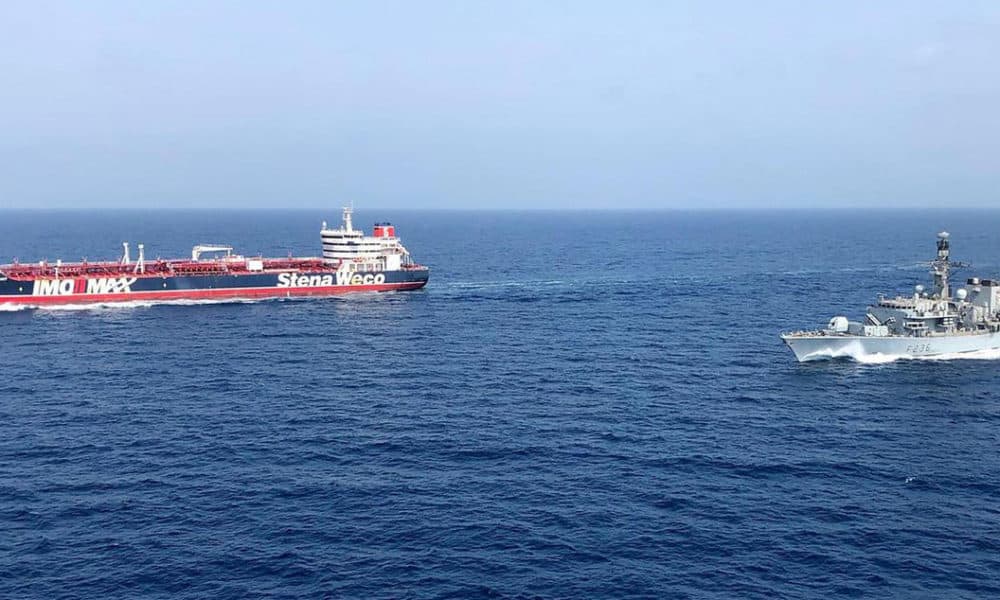 Amateur radio stations have been installed on ships at sea, both for conventional HF operation and for digital modes such as Winlink. In some countries, a specific block of callsigns is reserved for ocean-going vessels (for instance, VE0 is a Canadian ship at sea).

In contesting, operation from a ship docked or at anchor off the shores of a distant island typically does not qualify a station as being on the island; all or some key part of the station (such as the transmitter or antenna) must be deployed ashore.

Historically, marine radio coastal stations had often located at or near manned lighthouses to ensure communication with ships at sea. In many cases, the lighthouse itself would be in a remote or isolated location where radio communication would be highly desired as a means to allow those operating the beacon to remain in touch with the mainland. While most modern lighthouses now are automated for unattended operation, the associated ship-to-shore radio installations in many cases have been rendered obsolete.

Where the original installations were of historical significance (perhaps due to a key location or a historical tie as distant as the Marconi radio-telegraph era of a century ago) a radio amateur station will often be deployed temporarily or permanently in commemoration of the original maritime installation. The 500kc marine radiotelegraph service, now largely abandoned but still of historical importance, is often commemorated with museums and radio clubs using HF amateur radio to provide an operating CW radiotelegraph station.

International Marconi Day IMD, an international annual weekend commemoration promoted by the Cornish Amateur Radio Club for the birthday of Guglielmo Marconi, takes place in late April; stations have also been deployed April 14-15 to commemorate radio communication with the sinking RMS Titanic in 1912.

An IILW – International Lighthouse/Lightship Weekend held annually in mid-August[4], attracts stations at or adjacent to over 400 lighthouses in 50 countries worldwide; the event originated in Scotland in 1999. The US-based Amateur Radio Lighthouse Society[5] maintains a World List of Lights and holds an annual convention. The British Amateur Radio Lighthouse Society offers awards for contacts with ten or more lighthouses, operation from ten or more lighthouses, contact with BARLS members operating from ten or more overseas lighthouses and contact with 25 or more BARLS member stations. A lighthouse site may also be a tempting DXpedition target as many are situated on islands or remote locations which would otherwise be largely uninhabited.[6]

As historic ships (including many which had served during wartime) were removed from service after many years of seafaring, a few have been opened to the public and converted to maritime museums. These ships had historically used medium-wave or HF radio for communications (with 500kHz CW, 2182kHz voice as the most common calling frequencies) and efforts are made to restore both ship’s machinery and the radio room to operating condition. Restoration of the original or vintage cruise ship radio equipment for use on the radio amateur bands may be the most viable way to get a working shipboard CW station back on the air as the original 500kHz marine radiotelegraph band has largely fallen into disuse.

While many of the rarest entities in contests such as DXCC tend to be remote or uninhabited islands, there are also a number of specialized awards in which all of the available entities represent individual islands or island groups.

Islands On The Air (IOTA) is a DX award program created 30 years ago by Geoff Watts and administered since 1985 by RSGB, the Radio Society of Great Britain. Entities to be collected normally represent groups of islands (for instance, EU-005 is Great Britain) in sea or ocean locations. Islands on inland waterways (such as Montréal or the 1000 Islands in the freshwater St. Lawrence Seaway region) do not qualify. IOTA nominally operates worldwide.[7]

A few examples include:

Canada
Canadian Islands Award (CIsA) a national island awards program begun in 1973 by Garry V. Hammond VE3GCO and administered by the Maple Leaf Radio Society.
Italy
Italian Islands Award
Japan
Japanese IOTA Islands Award (JIAA) for QSO’s with more than 10 Japanese Islands, additional levels awarded for 100, 200, 300 or 400 contacts.
Portugal
Portuguese Islands Plaque (Placa Ilhas Portuguesas)[8] is awarded by the OESTE DX GANG association for HF contacts to at least 25 radio amateurs on different Portuguese islands
United Kingdom
English Islands Award[9] currently recognises 408 islands in 21 UK counties; Worked All Britain also offers an Islands Award[10]
United States
United States Islands awards program (USi) started in summer of 1994 by John KL7JR to cover saltwater and inland freshwater river or lake islands of the fifty US states and US territories or protectorates (including Hawaii and the US Virgin Islands).[11] An annual US Islands W/VE QSO Party invites amateurs to make contacts from (or to) the various USI or CIsA islands; both are “open-ended” in that individual islands are added to the US or Canadian lists when a minimum of twenty-five contacts have been made from the island with amateur radio stations in at least two countries.[12]