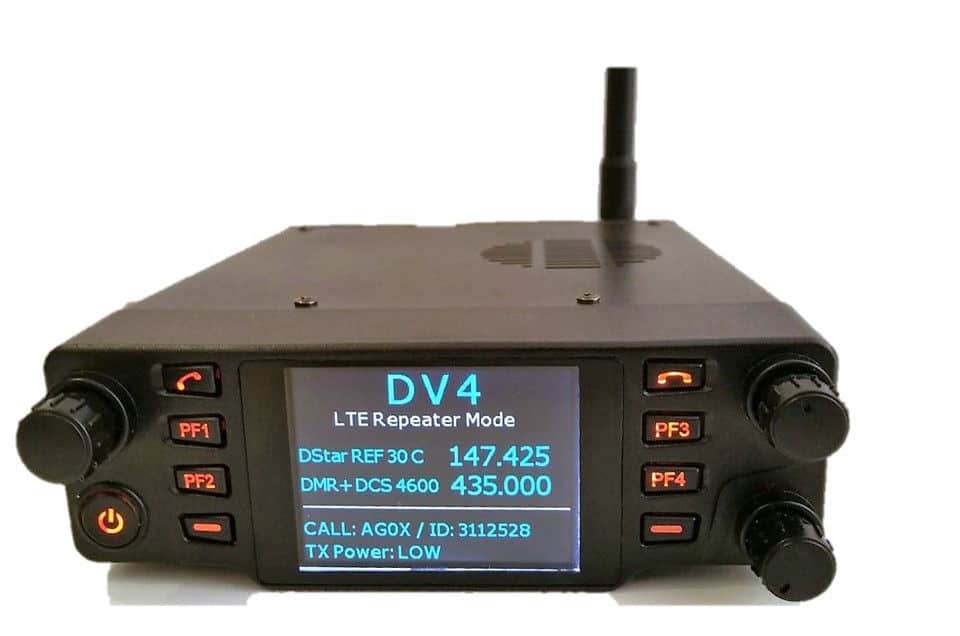 The term mode has varying meanings, according to the context, but the most common are permitted modes in amateur licensing.

Waves have three characteristics that can be changed, Amplitude, Frequency and Phase. A mode is a way of changing electromagnetic waves, modulating them so that transmission of information is possible. Modulating signals can be either analog, for example, sound or digital, for example, simple binary on-off.

Double Sideband is what’s usually meant when people talk about AM. In DSB transmissions, the message signal is transmitted in two sidebands, one being the mirror image of the other. The carrier may be either transmitted at full power (DSB-FC), at reduced power (DSB-RC) or completely eliminated (DSB-SC).

Conceptually, the power level at the carrier frequency equates to the DC bias in the input signal. Mathematically, it looks something like this:

A single sideband is what you get if you take a DSB-SC signal, and pass it through a sharp high-pass or low-pass filter to reject the offending sideband. It may be generated through a high-pass/low-pass filter, or it may be done using a Harley Modulator, which cancels out the unwanted sideband through the use of a Hilbert Transform.

The transceiver produces a carrier wave, in the same way as for Amplitude Modulation. In this case, however, voice is added to the carrier so that is frequency changes. This, in turn, affects the wavelength of the carrier, but the amplitude remains constant.

This mode is seldom used in amateur radio. It’s very similar to FM, but rather than the frequency-changing, it’s the phase of the signal that changes according to the modulating signal.

The well-known PSK31 digital mode is a form of phase modulation.

In analog radio, phase modulation differs only very slightly from frequency modulation as mathematically frequency is the rate of change of phase. In FM, output frequency deviation is directly proportional to input signal amplitude only. A PM signal looks much like an FM signal except that output frequency deviation is directly proportional to both input signal amplitude and input frequency. An FM receiver would, therefore, receive a PM signal, but high frequencies in the audio would be pre-emphasized by 3dB/octave.

Technically, whenever a signal is turned on and off to enable transmission of information, it can be considered to be a digital mode. Under this definition, CW is certainly a digital mode. This section refers to methods of transmitting and receiving (rather than modulating) that are digital, or that require digital processing in part of the transmission or receiving process.

Amplitude-shift keying (ASK) is a form of modulation in which digital data is sent as variations in the amplitude of a carrier wave. In this mode there are two states, carrier on and carrier off, hence the name off/on keying.

ASK is sensitive to atmospheric noise, distortions and propagation conditions. Because light can be controlled to have two states, on and off, ASK is also commonly used to transmit digital data over optical fiber.

Related wiki page: What is the best way to learn Morse?, Morse Code

A continuous-wave is an electromagnetic wave of constant amplitude and frequency, a pure carrier, and information is carried by turning the wave on and off and measuring the interval. Morse code is often transmitted using CW.

In practice, QRSS has a dot time-length of 3 seconds or more and occupies a very narrow bandwidth – as low as 1Hz.

QRSS signals are monitored by “grabbers” such as those listed on this site from I2NDT.

This clipboard has probably the most up to date information about QRSS beacons and grabbers.

Kits can be obtained here.

The frequency of the carrier is varied according to a digital signal.

In MFSK data is sent using many different tones. MFSK is used by several digital modes including MFSK16, Throb, Olivia and Ale and Domino. The advantages of MFSK compared to other FSK modes are:

Some limitations of MFSK are:

Also known as SITOR in its commercial form.

AMTOR comes in two types, Type A and Type B.

Type A: information is repeated if requested by the receiving station. This is known as ARG (Automatic ReQuest)

Type B: AMTOR B uses FEC (Forward Error Correction)to ensure data is transmitted with as little loss as possible. This is accomplished by sending each character twice, with three seconds between each end.

The frequency of the carrier is varied according to a digital signal.

CLOVER is a PSK mode that provides a full-duplex. There are two CLOVER variants, CLOVER I and CLOVER II. Perhaps the most interesting characteristic of Clover is that it adapts to conditions by constantly monitoring the received signal and changes the modulation scheme in response.

Invented by M Golay, G-TOR (Golay-TOR) was used to transmit the early Jupiter and Saturn space mission pictures back to earth. It is an FSK mode that has a faster transfer rate than Pactor. To minimize the effects of atmospheric noise, a data interleaving process is employed. This has the added advantage that garbled data can be decoded. GATOR is a proprietary model developed by Kantronics and is rarely used by radio amateurs. Some features:

PACTOR is a hybrid of Packet and AMTOR

Designed by Peter, DL6MAA and Ulrich, DF4KV is an alternative to both AMTOR and packet. It has three incarnations, PACTOR I, PACTOR II and PACTOR III. These are effective under weak signal and high noise conditions. PACTOR is not commonly used by amateurs.

RTTY or “Radio Teletype” is an FSK mode that has been in use longer than any other digital mode except for morse code.

In its original form, RTTY was a very simple technique that used a five-bit Baudot code to represent all the letters of the alphabet, the numbers, some punctuation and some control characters. Transmissions were at approximately 60 wpm (words per minute). More recent implementations operate at higher bitrates using the same ASCII code used for standard computer data.

Because there is no error correction provided in RTTY, noise and interference can have a serious impact on transmissions. RTTY is still popular with many radio amateurs.

As a general rule of thumb, RTTY is usually found between 80kHz and 100kHz up from the lower edge of each band, except for 160M and 80M.

A listing of RTTY frequencies used for weather, ham radio bulletins and for other purposes can be found here

Data is transferred from transceiver to receiver in packets or groups of data bits. Typically, this involves the connection of transceiver audio to a terminal node controller, which handles demodulated modem signals and provides some level of automated error correction. APRS (automated packet reporting system, automated position reporting system) is one example of a packet radio system; it is commonly used to provide weather beacons and GPS tracking for unmanned craft such as weather balloons.

Or Wikipedia article on Packet

PSK reporter reports who have been seen using PSK.

The licensing regime defines digital modes as those modulation techniques that require digital data processing. In Australia refer to the ACMA LCD ( Licence Conditions Determination) for exact details. You will need to scroll down the page to find the link.

To get on the air in digital modes normally an SSB transceiver is used which is coupled to a computer via a so-called interface.

As a minimum the interface requires 4 signals from the transceiver:

On the computer side you need corresponding signals from the computers sound-card or integrated sound system:

VOIP is not considered by some hams as being a “true” ham mode. These modes are reliant to some extent on using the internet to transfer voice from one station to another. For example, IRLP users transmit from radio into a “node” – their voice is transferred via the internet to another node, from where it is transmitted from another radio to the receiving station. The link between radios is therefore via the internet.

One advantage of these modes is that hams in restricted communities can have contacts with hams in far distant lands with basic equipment.

Some VOIP modes, for example, CQ100 do not require a radio at all as the “rig” is software created and driven.

1 thought on “Radio Modes: Everything You Need to Know”