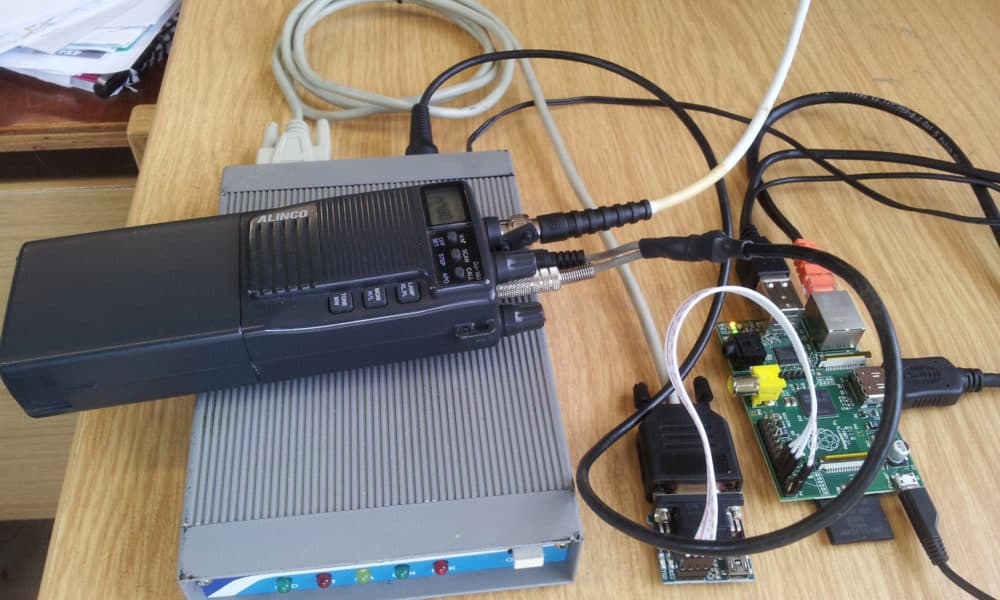 Packet Radio is essentially the fore-runner of wireless computer networks as we know them now. It enables communication and transfer of information between operators using a computer and a ham radio station.

Packet radio is a form of packet switching technology used to transmit digital data via radio or wireless communications links. It uses the same concepts of data transmission via Datagram that are fundamental to communications via the Internet, as opposed to the older techniques used by dedicated or switched circuits.

Doug Lockhart VE7APU, and the Vancouver Area Digital Communications Group (VADCG) in Vancouver, Canada began producing standardized equipment (Terminal Node Controllers) in quantity for use in amateur packet radio networks. In 2003, Rouleau was inducted into CQ Amateur Radio magazine’s hall of fame for his work on the Montreal Protocol in 1978.

Not long after this activity began in Canada, amateurs in the US became interested in packet radio. In 1980, the U.S. Federal Communications Commission (FCC) granted authorization for U.S. amateurs to transmit ASCII codes via amateur radio. The first known amateur packet radioactivity in the US occurred in San Francisco during December of 1980, when a packet repeater was put into operation on 2 meters by Hank Magnuski KA6M, and the Pacific Packet Radio Society (PPRS).

In keeping with the dominance of DARPA and ARPANET at the time, the nascent amateur packet radio network was dubbed the AMPRNet in DARPA style. Magnuski obtained IP address allocations in the 44.0.0.0 network for amateur radio use worldwide.

Many groups of amateur radio operators interested in packet radio soon formed throughout the country including the Pacific Packet Radio Society (PPRS) in California, the Tucson Amateur Packet Radio Corporation (TAPR) in Arizona and the Amateur Radio Research and Development Corporation (AMRAD) in Washington, D.C.[6]

The most common use of packet radio today is in amateur radio, to construct wireless computer networks. Its name is a reference to the use of packet switching between network nodes. Packet radio networks use the AX.25 data link layer protocol, derived from the X.25 protocol suite and adapted for amateur radio use.