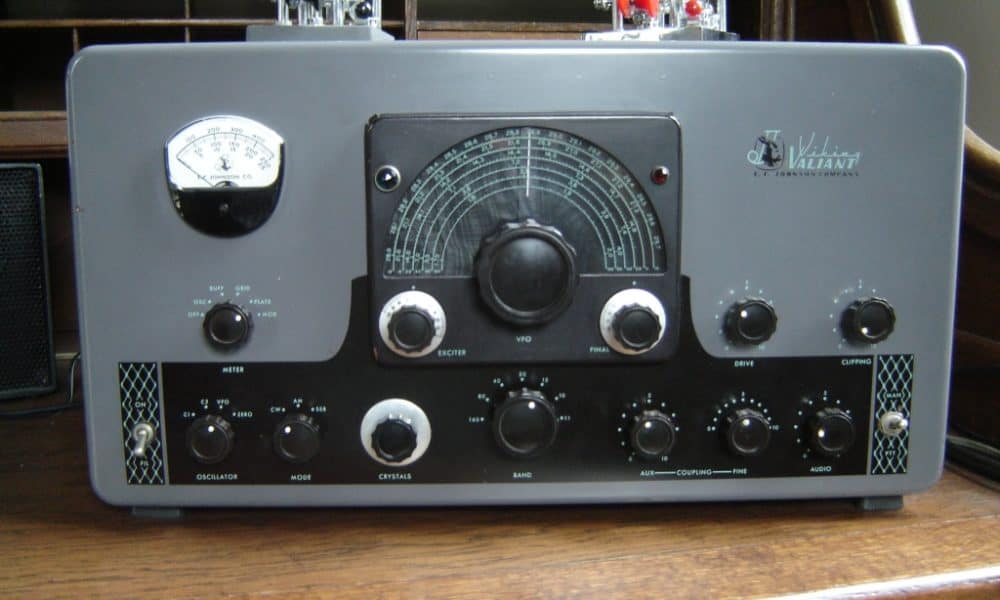 QRSS is a CW mode in which the receiver bandwidth is drastically reduced and the rate at which code is sent is slowed beyond that which would normally be readable by ear. It is named for QRS, a Q-code indicating “send more slowly”.

As received noise is directly proportional to receiver bandwidth, the use of bandwidth for less than 1Hz is common in QRSS. This primarily serves the needs of QRP (low-power) operation, as it allows extremely weak signals to be received and decoded in the presence of high levels of background noise.

Morse code dot lengths of anywhere from a few seconds to a minute or more have been successfully employed; while a significant improvement in weak-signal performance is observed, the amount of data transferred is severely constrained.

Due to the narrow bandwidth used, frequency stability is critical at both the receiver and transmitter. A crystal-controlled reference using a crystal oven to maintain constant temperature is therefore recommended.

Mathematically, a fast Fourier transform is a calculation which, given a digitized waveform as input, calculates the signal strength at each frequency in the sample. By connecting an SSB receiver to a computer sound card, a received signal may be captured and the signal level at each frequency displayed vs. frequency and time by software.

A computer may store a received signal and replay it at a faster speed; it may also be used (with FFT software) to generate a “waterfall” or “curtain” display graphically. Brightness or color may be used to indicate signal strength while X: Y axes represent time and frequency. (Axes are assigned so that time runs horizontally for a “curtain” graph and vertically for a “waterfall” – the two graphical depictions are otherwise identical).

As FFT demodulation of CW allows multiple frequencies within the passband to be monitored and displayed simultaneously, it will display a received signal even in the case of frequency drift and can display multiple adjacent-channel signals side-by-side if all fall within the passband.

The timing for standard International Morse code is:

A dash (including inter-symbol spacing) therefore takes twice as long to send as a dot. One approach used in QRSS is a non-standard system in which a dot and a dash are the same length but are transmitted on slightly-different frequencies. This scheme permits the time between individual symbols to be reduced, as well as reducing the length of a dash – but at the cost of allowing slightly-wider bandwidth. As two frequencies are used, each of the pair is subject to noise and interference.

QRSS has served primarily in applications such as CW beacons, where only relatively small amounts of data need to be transmitted. While it has been used on various HF bands, it is most useful on bands where radio amateur allocations are very narrow or strictly limited in power (such as the 136kHz allocation in the United Kingdom, cited as having stringent power limits

A very limited bandwidth and a 2200-meter wavelength where most practical transmitting loops provide just a small fraction of one percent of power efficiency). Transmitters are typically small QRP or QRPp devices of home-brew design; some stations have used 1 RPM clockwork as a motor to turn a mechanical disk on which a beacon’s callsign is encoded.

QRSS techniques have been applied to other digital and facsimile modes, including the Hellschreiber frequency-vs-time facsimile plotting system (as the same demodulation techniques which apply to the CW “curtain” and “waterfall” graphs apply to Hellschreiber).

A QRSS grabber is a dedicated receiver that collects and decodes cross signals.

A compendium of grabbers can be found here