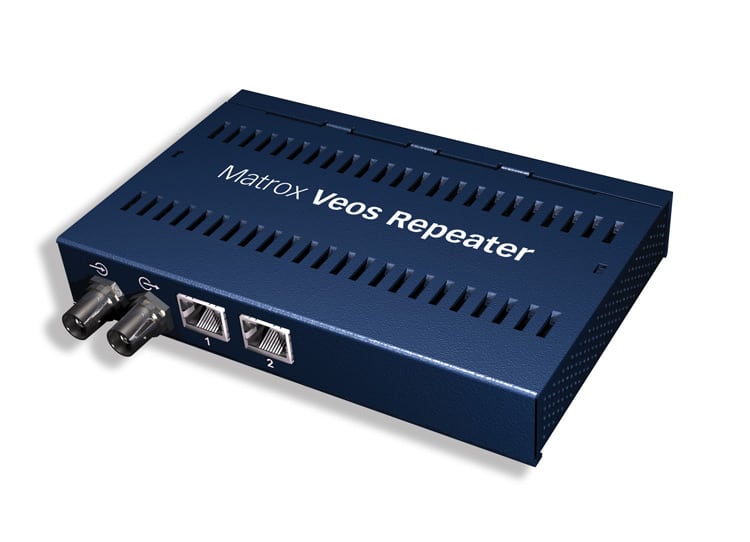 In amateur and commercial land-mobile radio, as well as in radio/television broadcasting, a repeater is a station that receives a signal on one frequency, immediately retransmitting it (normally on a different frequency) in order to extend the original signal’s coverage area.

These stations may occasionally be called “relay” transmitters; broadcast-band stations may also use terms such as “rebroadcaster” or “broadcast translator”. On communications satellites, each individual receiver/transmitter pair is known as a “transponder”. In all cases, the principle is the same. A signal is received, amplified and retransmitted.

Even in fixed operation where an originating station’s power and antenna could be easily upgraded, propagation at VHF or higher frequencies remains primarily line-of-sight with a very limited amount of diffraction at points where a signal encounters terrestrial obstacles.

This limitation becomes more pronounced as frequency increases, effectively imposing a maximum distance for any signal to be received directly. Often a weak, distant signal which is received clearly atop a hill or mountain may be unintelligible at the same distance in valleys or behind obstacles such as mountains or skyscrapers.

A repeater can be situated atop a terrestrial obstacle or a tall structure, providing a clear line of sight to multiple users on the ground who cannot directly see each other but who can all obtain a clear path to a carefully-located repeater/relay station.

As most repeaters deployed by local amateur radio clubs are fixed stations in carefully-selected locations, their signals are powerful and can be heard for a greater distance. A fixed repeater site may also be a suitable location to deploy gateway facilities for over-the-air access to services such as IRLP, Echolink or landline phone patches.

In amateur radio, repeater frequencies are normally 29.5MHz or higher, with 2 meters and 70 centimeters among the most popular bands. On 2 meters VHF, a repeater’s input frequency is typically separated from the retransmitted output by 600kHz to prevent the transmitter from interfering with the original received signal. Wider offsets would be used on higher frequency bands.

A repeater is normally an automated, unattended station. A control operator must for legal reasons be capable both of monitoring the retransmitted signals and remotely silencing the transmitter should problems occur, but all routine tasks such as periodic CW or voice station identification are normally handled by an automated controller board.

The transmitter is only activated when a signal is present at the input; some repeaters may also require specific tones to be present on the input signal.

A timer is also provided to stop the repeater if more than three minutes pass without any break in transmission so that a fault condition does not leave the transmitter continuously on. An error message (normally TO: – — via CW or “timeout” via voice) is transmitted in this case.

Operating procedure on repeater stations differs slightly from direct communication, in that the repeater is on a fixed frequency monitored or actively used by many local amateurs.

The transmission of repeated “CQ CQ CQ DE <callsign>” is common on HF, where hams must slowly and manually tune across the various bands to find the calling station, but is pointless on a fixed-frequency repeater.

When other amateurs are already monitoring the repeater frequency, sending just a callsign (alone or followed by the word “monitoring”) normally gets a response with no need for “CQ” or repetition.

Multiple stations attempting to transmit via the same repeater at once can be problematic. Unlike SSB, an FM voice receiver exhibits a capture effect by which, if two signals of greatly-differing strength arrive at once, the stronger signal will get through with little or no interference while the weaker signal is completely lost.

Users will normally leave a small gap between transmissions so that other stations attempting to access the repeater can identify to announce their presence. Any non-emergency traffic on a repeater will by necessity abruptly end if a station interrupts with an emergency.

Many (but not all) repeaters will use a short beep or courtesy tone to indicate the end of each transmission; this is roughly equivalent to the use of “over” on direct voice or the K, KN prosigns on CW.

Directed net operation is often employed as a means to avoid message collisions when a large number of stations (such as local radio clubs or ARES groups) are scheduled to meet on-air via repeater.

Digital data signals may be retransmitted using a store-and-forward approach, where a station receives a packet of data and stores it for nearly-immediate retransmission. For instance, APRS uses a single frequency (144.39 or 144.8 MHz, depending on region) with multiple stations on the same frequency.

Some satellites function as repeaters and allow for long-range communications.