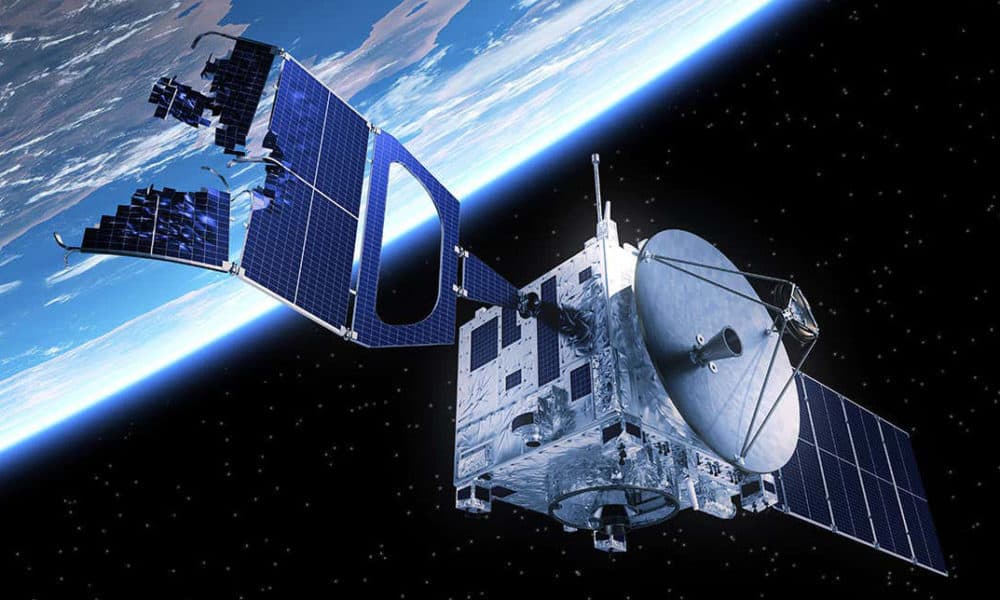 An amateur radio satellite is a little like a repeater in space, a station that relays signal over a broad territory because of the height of the transmitter.

A number of Radio Amateur satellites have been launched, operated, and reached end of life. A number of them are still usable, some even multiple times a day. There are new ones under development, particularly through AMSAT.

Amateur radio satellites will vary by the bands they use/make available modes, and orbital characteristics.

The modes a satellite operates in will vary by design and in some cases can be changed by control stations. Common modes include FM (voice), sideband (voice), and digital.

Some digital-capable satellites may operate in a “store and forward” mode instead of immediately reflecting or repeating what they “hear”. A store-and-forward configuration offers the (perhaps multiple) retransmission of the data either for a number of times, at a certain time, or when the satellites approximate position reaches a certain area or range.

So far, AMSAT-originated amateur radio satellites have been active in two orbit configurations known as HEO (High Earth Orbit) and LEO (Low Earth Orbit). Generally speaking, HEO’s are geosynchronous or geo-stationary, that is they seem to stay in the same position with respect to an earth-based observer’s viewpoint. LEO’s will have relatively rapid “passes” that will appear as if they come from different directions and at varying times. This appearance is because both of their orbital paths and earth’s rotation. Note that while there’s been much interest in placing an HEO amateur satellite, none so far is operational.

These are currently working satellites, with uplink and downlink on UHF and/or VHF.