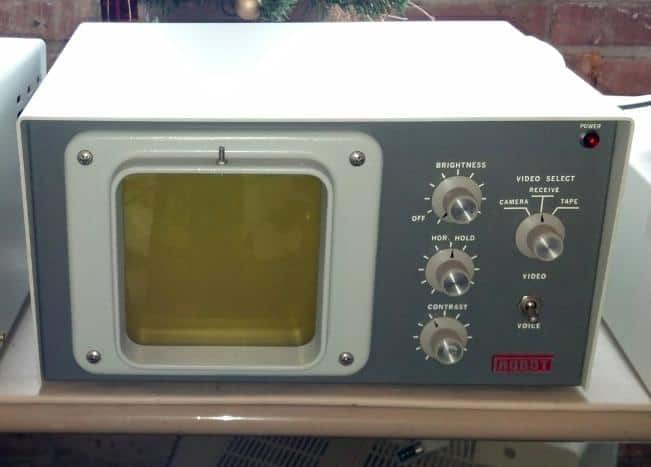 SSTV is a mode that uses a computer and an amateur radio transceiver to send and receive still images over radio. SSTV was originally an analogue mode based on Frequency Modulation (FM). Digital SSTV has become possible with little trouble in recent times with the use of Digital Radio Mondiale (DRM). Despite the name “television”, SSTV cannot send or receive moving pictures; it is more akin to sending a FAX.

For SSTV to work, an image is “broken” into lines, composed of dots of color and light intensity known as pixels. Each pixel is given a specific audio frequency ( that modulates the carrier) depending on its brightness. In a color image, each of the primary colors, red green and blue are analyzed for brightness.

The lines of a picture are scanned from left to right. The modulating frequency varies between 1500Hz and 2300 Hz. There are a number of modes used for SSTV – see below for information. Computer software attaches a Vertical Interval Signaling (VIS) code at the start of a picture being sent. this enables receiving software to determine which model is being used, and hence permits successful decoding of the signal.

The color and brightness information modulates a carrier wave for transmission. A remote station picks up the signal and a computer is used to re-create the picture from the FM signal.

SSTV should not be confused with amateur Fast-Scan Television, often simply called Amateur Television or ATV.

A number of SSTV modes are available for amateurs to use. The most popular at the time of writing (Feb 2008) are AVT, Martin, Robot and Scottie. More information on the characteristics of these modes can be found here.

Brief details of scan time, lines and color transmission of some modes can be found on this SSTV Modes wiki page.

SSTV webcam page – how to

SSTV Webcam pages are used to show other hams that pictures have been received over a period of time at your shack. They are quite straightforward to create and plenty of help is available online. Firstly, join the FTP_widget Yahoo group.

Members have access to HTML code for web pages. Use a website tool such as Dreamweaver to create a webcam page, and then add the HTML code from the yahoo group to it. The yahoo group also offers a good pdf tutorial on how to configure the widget for MMSSTV. The software runs only on PCs.

World SSTV webcams can be found with the links below:

SSTV with a Macintosh computer

This article describes the use of a 1,8GHz G5 with1.5GB Ram and running OS 10.4.11. This machine comes with the facility to run two monitors, which proved to be very useful for SSTV.

Software There are currently two SSTV programs available for the mac. Macrobot from Sergei Ludanov KD6CJI and Multimode from Black Cat Systems.

Hardware Apart from the computer, an interface between computer and radio is required. Two commercially available interfaces have been used successfully with the computer described above and a Yaesu-FT-897, but undoubtedly others will work just as well. The Digimaster from ZLP Electronics and the Signalink USB from Tigertronics are both plug and play devices.

Setup Two monitors were used in this setup. Macrobot proved to be much easier to use for TX, whereas Multimode proved to be better for RX. This is because Macrobot did not seem to be as sensitive to weak signals and so RX detection stopped when the signals varied in strength. This problem was never resolved by the writer, hence the use of both software programs. The TX interface and setup in Multimode was not found to be as easy to use as for Macrobot.