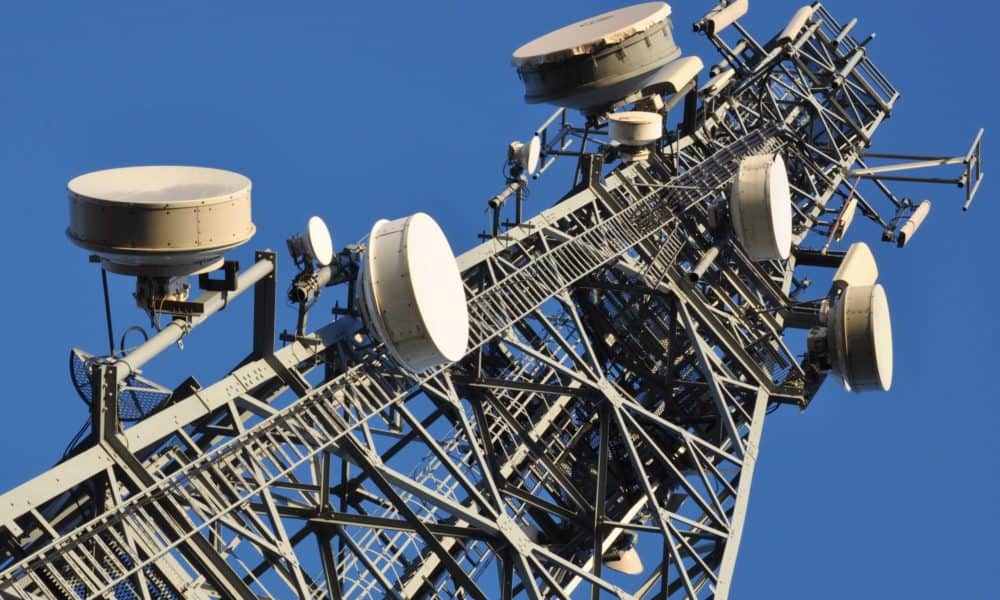 In telecommunications, squelch is a circuit function that acts to suppress the audio (or video) output of a receiver in the absence of a sufficiently strong desired input signal. Squelch is widely used in two-way radios to suppress the annoying sound of channel noise when the radio is not receiving a transmission.

A carrier squelch or noise squelch is the most simple variant of all. It operates strictly on the signal strength, such as when a television mutes the audio or blanks the video on “empty” channels, or when a transceiver mutes the audio when no signal is present.

In some designs, the squelch threshold is preset. For example, television squelch settings are usually preset. Receivers in base stations at remote mountain top sites are usually not adjustable remotely from the control point.

In devices such as two-way radios, the squelch can be adjusted with a knob. Some have push buttons or a sequence of button presses. This setting adjusts the threshold at which signals will open (un-mute) the audio channel. Backing off the control will turn on the audio, and the operator will hear white noise (also called “static” or squelch noise) if there is no signal present.

The usual operation is to adjust the control until the channel just shuts off – then only a small threshold signal is needed to turn on the speaker. However, if a weak signal is annoying, the operator can adjust the squelch to open only when stronger signals are received.

A typical FM two-way radio carrier squelch circuit is noise operated. It takes out the voice components of the receive audio bypassing the detected audio through a high-pass filter. A typical filter might pass frequencies over 4 kHz. The squelch control adjusts the gain of an amplifier which varies the level of noise coming out of the filter. The audio output of the filter and amplifier is rectified and produces a DC voltage when noise is present. The presence of continuous noise on an idle channel creates a DC voltage that turns the receiver audio off. When a signal with little or no noise is received, the noise-derived voltage goes away and the receiver audio is unmuted. Some applications have the receiver tied to other equipment that uses the audio muting control voltage as a “signal present” indication.

Tone squelch, or other forms of selective calling, is sometimes used to solve interference problems. Where more than one user is on the same channel, selective calling addresses a subset of all receivers. Instead of turning on the receive audio for any signal, the audio turns on only in the presence of the correct selective calling code. This is akin to the use of a lock on a door. A carrier squelch is unlocked and will let any signal in. Selective calling locks out all signals except ones with the correct code.

In non-critical uses, selective calling can also be used to hide the presence of interfering signals such as receiver-produced intermodulation. Receivers with poor specifications—such as scanners or low-cost mobile ham radios—can not reject the strong signals present in urban environments. The interference will still be present. It will still degrade system performance but by using selective calling the user will not have to hear the noises produced by receiving the interference.

Four different techniques are commonly used. Selective calling can be regarded as a form of in-band signaling.

CTCSS (Continuous Tone-Coded Squelch System) continuously superimposes any one of about 50 low-pitch audio tones on the transmitted signal, ranging from 67 to 254 Hz. The original tone set was 10, then 32 tonnes, and has been expanded even further over the years. CTCSS is often called PL tone (for Private Line, a trademark of Motorola), or simply tone squelch. General Electric’s implementation of CTCSS is called Channel Guard (or CG). RCA Corporation used the name Quiet Channel or QC. There are many other company-specific names used by radio vendors to describe compatible options. Any CTCSS system that has compatible tones is interchangeable. Old and new radios with CTCSS and radios across manufacturers are compatible.

Selcall (Selective Calling) transmits a burst of five inband audio tones at the beginning of each transmission. This feature (sometimes called “tone burst”) is common in European systems. In the same way that a single CTCSS tone would be used on an entire group of radios, a single five-tone sequence is used in a group of radios. A 1750 Hz tone is used in European ham radio repeater systems.

DCS (Digital-Coded Squelch) superimposes a continuous stream of FSK digital data at 134.4 bits per second on the transmitted signal. In the same way that a single CTCSS tone would be used on an entire group of radios, the same DCS code is used in a group of radios. DCS is also referred to as Digital Private Line (or DPL), another trademark of Motorola, and likewise, General Electric’s implementation of DCS is referred to as a Digital Channel Guard (or DCG). DCS is also called DTCS (Digital Tone Code Squelch) by Icom and other names by other manufacturers. Radios with DCS options are generally compatible provided the radio’s encoder-decoder will use the same code as radios in the existing system. Be aware that the same 23-bit DCS word can, for example, produce three different valid DCS codes due to the encoding architecture.

XTCSS is the newest signaling technique and it provides 99 codes with the added advantage of “silent operation”. XTCSS fitted radios are purposed to enjoy more privacy and flexibility of operation. XTCSS is implemented as a combination of CTCSS and in-band signaling.

Squelch was invented first and is still in wide use in two-way/three-way radio, especially in the amateur radio world. Squelch of any kind is used to indicate loss of signal, which is used to keep commercial and amateur radio repeaters from transmitting continually. Since a carrier squelch receiver cannot tell a valid carrier from a spurious signal (noise, etc.) CTCSS is often used as well, as it avoids false keys. The use of CTCSS is especially helpful on bands prone to skip and during band openings.

It is a bad idea to use any coded squelch system to hide interference issues in systems with life-safety or public-safety uses such as police, fire, search and rescue or ambulance company dispatching. Adding tone or digital squelch to a radio system does not solve interference issues, it just covers them up. The presence of interfering signals should be corrected rather than masked. Interfering signals masked by tone squelch will produce apparently random missed messages. The intermittent nature of interfering signals will make the problem difficult to reproduce and troubleshoot. Users will not understand why they cannot hear a call and will lose confidence in their radio system.

Professional wireless microphones use squelch to avoid reproducing noise when the receiver does not receive enough signal from the microphone. Most professional models have adjustable squelch, usually set with a screwdriver adjustment on the receiver.