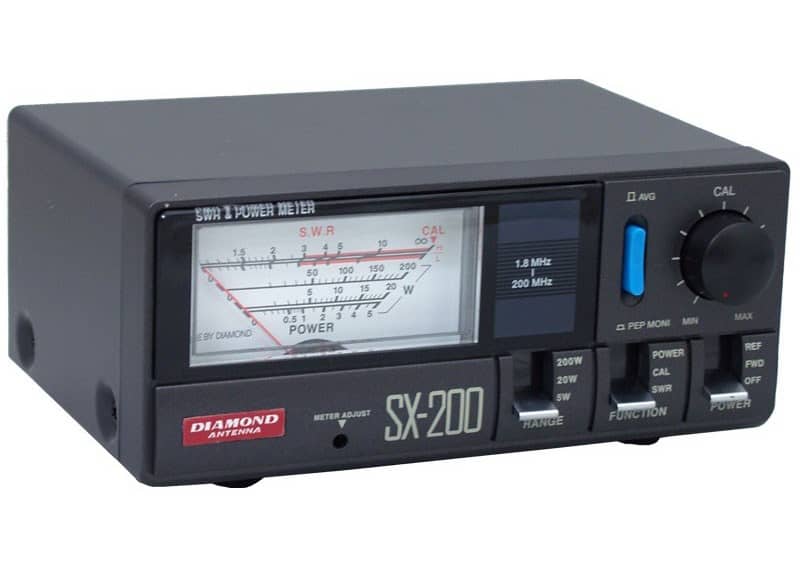 Amplitude (height) of the standing wave: Amplitude of an adjacent node (a central point on the waveform) 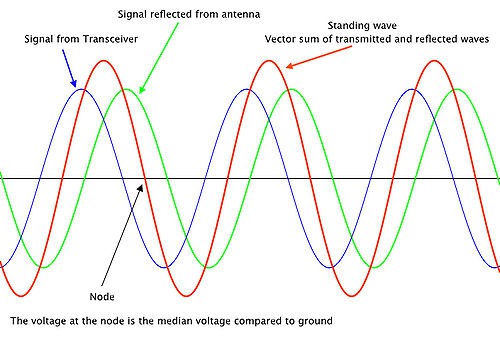 If the forward and reflected wave coincide, the vector sum (the amplitude of the resultant wave) is effectively double the height of either of them.

The most commonly used SWR measurement is Voltage SWR or VSWR. Current SWR or IVSWR is rarely used but provides the same information. The diagram above can be thought of as representing either voltage or current.

If the feedline has no loss and has the same impedance as the transmitter output and the antenna input impedance, then maximum power will be delivered to the antenna. In this case, the VSWR will be 1:1 and the voltage and current will be constant over the whole length of the feedline.

How is SWR related to forward and reflected power?

The proportion of power to the antenna that is reflected back down the feedline is known as reflected power. It is determined by the reflection coefficient <math> \rho </math> at the antenna, given by:

Some myths about SWR

Most instruments do not operate that this level of accuracy

Look here for a very detailed discussion about SWR

Any instrument that is placed between the transmitter and the antenna changes the characteristics of the transmission line.

4) High SWR will interfere with my neighbor’s TV

Your transmissions are most likely to interfere with other services when:

5) I can reduce SWR by shortening my transmission line

How is SWR calculated?

Briefly, use an SWR meter, but better still – see the above discussion about SWR calculations until someone puts more information in this section or look at the following links:

1 thought on “What is SWR – Everything You Need To Know”