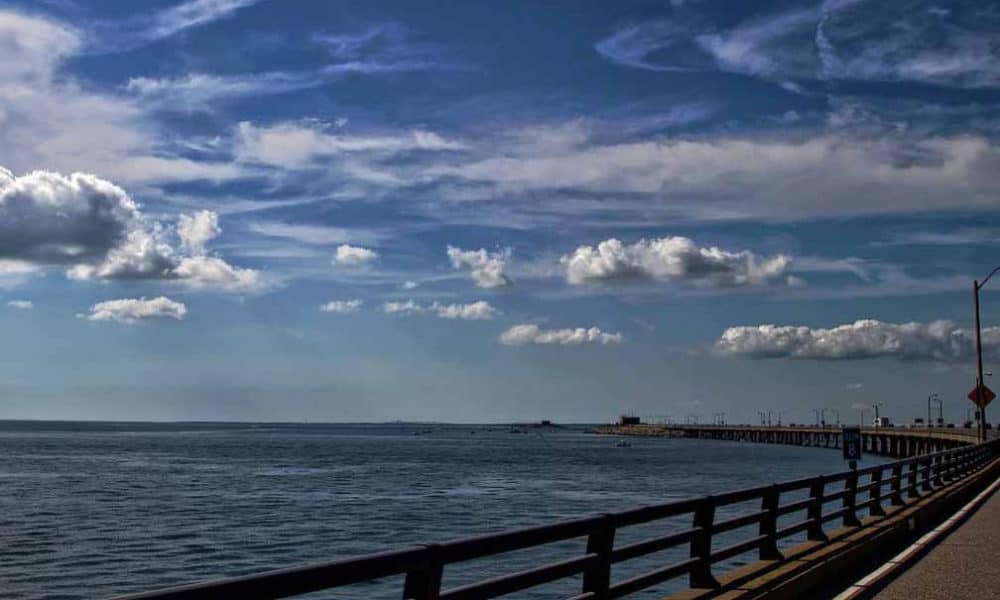 The troposphere is the layer of the atmosphere closest to earth. It is approximately 10km deep on average but can extend to 20km in tropical areas. 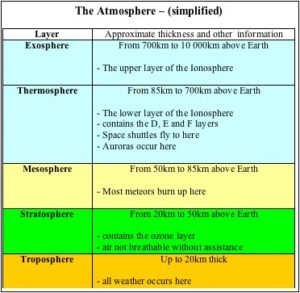 Tropospheric propagation occurs when signals are reflected scattered or refracted in the troposphere. “Ducting” effects occur primarily because of temperature inversions at a height of between 500 meters and 1500 meters, and occasionally up to 3000 meters.

Such inversions are not caused by local “weather” or terrain, but rather by climatic conditions such as frontal boundaries. Temperature inversions are usually layers rather than sharp lines separating regions of different temperatures.

The thickness of the inversion layer affects the LUF (Lowest usable frequency) – thinner layers only propagate higher frequencies such as microwaves, thicker layers can be used into lower frequency regions of the spectrum. This table shows inversion thickness and LUF data.

When ducting occurs, signals travel along and within the inversion layer, reflected off its boundaries.