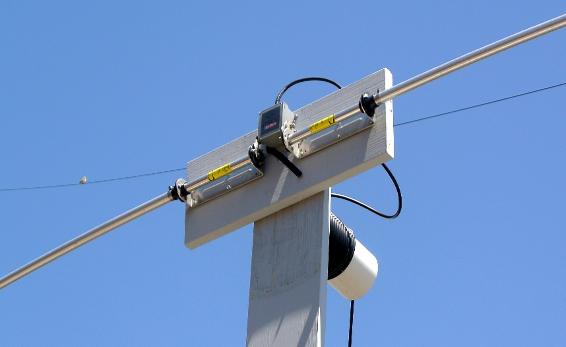 Vertical antennas, often simply known to amateurs as “verticals,” are antennas in which the driven element is vertical. Most common verticals are simply a piece of wire or aluminum tubing mounted vertically, but others, such as those designed for mobile use, are significantly more complex.

A quarter wave vertical is electrically equivalent to one half of a center fed dipole that is oriented vertically rather than horizontally. The other half of the dipole is in effect a reflection in the ground-plane of the vertical element. 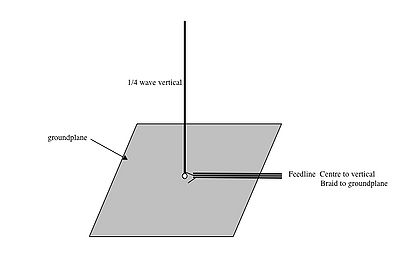 The ground-plane need not actually constructed of solid material. Just as effective is four radials or “arms” at right angles to each other.

For best results the radials may be perpendicular to the vertical element or angled downwards at about 45 degrees.

A half wave vertical is electrically equivalent to a center-fed dipole that is oriented vertically rather than horizontally. The other half of the dipole is in effect a reflection in the ground-plane of the vertical element. 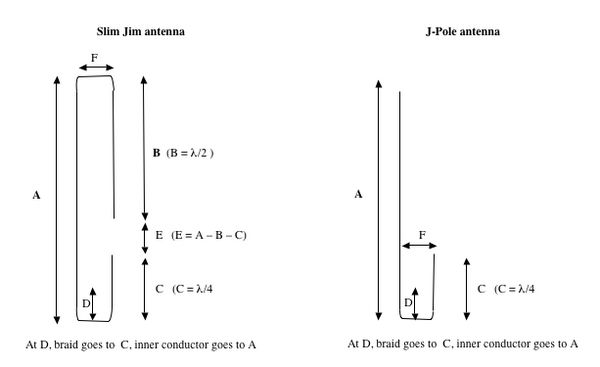 Antenna loading is the practice of shortening antennas to less than the length that resonance would normally require, then adding reactive elements to bring them back to resonance.

They are very useful when the space a full-size antenna would require is not available. All verticals designed for mobile use must use some type of loading.

1 thought on “What Is A Vertical Antenna?”