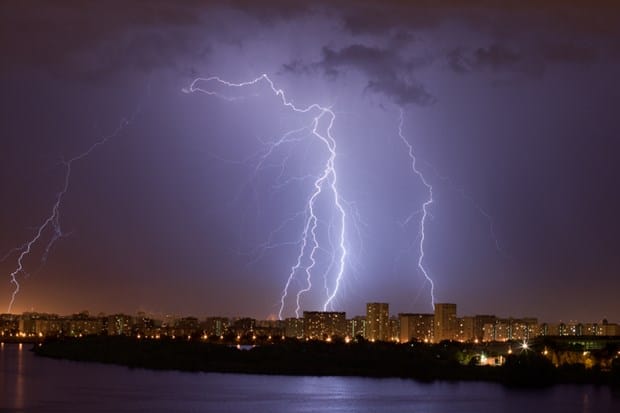 National weather forecasting agencies rely heavily on radar and satellite observations to follow large-scale patterns, including location of clouds associated with severe weather such as hail, thunderstorms, hurricane-force winds and flooding. This data on its own is in some cases not sufficient to determine what is happening on the ground, under the radar, in small localized areas. When radar detects cloud and storm formations which may cause tornadoes, hail or other severe weather locally, volunteer observers on the ground are asked to report observed conditions such as:

Volunteers are normally provided with a half-day of training to allow them to readily identify specific key cloud and storm formations, from wall clouds (typically seen before tornadoes) to roll clouds (spotted when a burst of precipitation is imminent). Membership in any existing radio amateur group (such as a local amateur radio club or ARES group) is not prerequisite and all amateurs are normally invited to volunteer, but training is used to minimize the risk of false alarms or misidentification of potential severe weather conditions.

Radio amateurs are often trained as volunteer observers as they have both existing local organization (ARES emergency/disaster service groups) and the ability to operate via VHF/UHF repeaters when power or landline links are down. When weather office radar spots severe weather, on-air directed nets are used to request local on-the-ground observations which are then relayed to weather forecasters for use in predicting local conditions. Observers are advised not to engage in “storm chasing” or other activity by which they may place themselves at risk.

As the names of individual volunteer observer programs are trademarks of national weather agencies, they vary from one country to another; for instance, Skywarn in the US would provide the same functions as Canwarn (Canadian Weather Amateur Radio Network) in Canada.