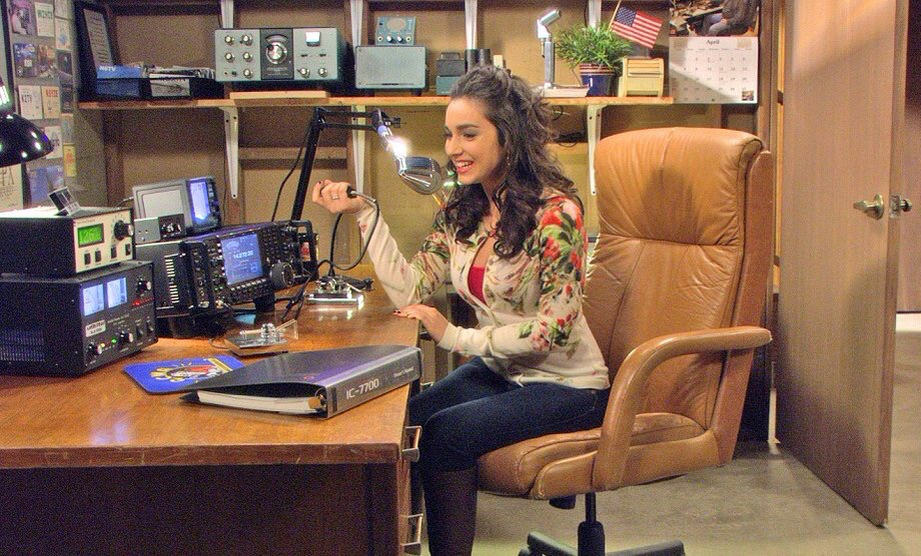 In landline railroad telegraphy, operators traditionally had referred to each other as OM (“old man”). The term YL was coined in 1920 by the American Radio Relay League for young ladies of all ages, as “OM will not fit and OL would certainly be most inapplicable.”

The first known North American YL operators include Miss M. S. Colville, XDD, of Bowmanville, Ontario in 1914 and Emma Chandler of St. Mary’s, Ohio (8NH, W8NH) in 1915.[1] The first women to be licensed as radio amateurs in the United Kingdom were Barbara Dunn G6YL and Nelly Corry G2YL in the early 1930’s.

The Young Ladies’ Radio League, a US-based group created expressly for women in amateur radio, was established in 1939 with membership both in North America and worldwide.

The CW abbreviation “33”, which means “love sealed with friendship and mutual respect between one YL and another YL”, was coined by Clara Reger, W2RUF and adopted officially by YLRL in 1940. The first YLRL convention was held in Santa Monica, CA on June 24-25, 1955.

During WW2 Canadian women served as wireless operators aboard the Norwegian merchant navy as they were prohibited from serving in this position aboard Canadian merchant ships in that era.[2]

A poem about the origin of the YL 33, “Birth of the Thirty-Three”, was written in honor of Clara Reger and her accomplishments both in the establishment of the YLRL and her longtime efforts to teach Morse code to new operators.

(From Margaret Dunn, KC7LXS, who got it from Terrie, AB7PX – original author is unknown.)

Clara had her ticket
She also had a rig
Because she was just startin
It wasn’t very big.
She slowly tuned the crystal,
And watched the meter drop.
Then tapped the key a couple times
To be sure it wouldn’t stop.
Now everything was ready.
She called a short CQ
And received an answer
On thirty-six sixty-two.
They chewed the fat ‘bout stuff and things.
‘bout dresses, work and dates.
They finally called it QRT
The girl sent eighty-eights.
Clara thought it might funny
Whether it be Miss. or Mrs.
To end a perfect QSO
By sending “Love and Kisses”
It sounds too sentimental;
Just a little too much “goo”
To be sending “Love and Kisses”
To a girl the same as you.
For an entire week she pondered;
Wouldn’t even touch the rig.
She pushed her slide rule by the hour,
Employing “logs” and “trig”.
She added and subtracted.
What could the answer be?
To reach a happy medium
Twixt eighty-eight and seventy-three.
Clara finally looked up from her work
All smiles and not forlorn.
Twas July in Nineteen Forty
That thirty-three was born.
There’s no real definition
But it’s meaning is known well.
It’s how a YL says good evening
To another friend YL.

Terms used to refer to amateur radio operators or their families include:

1 thought on “Women in amateur radio”