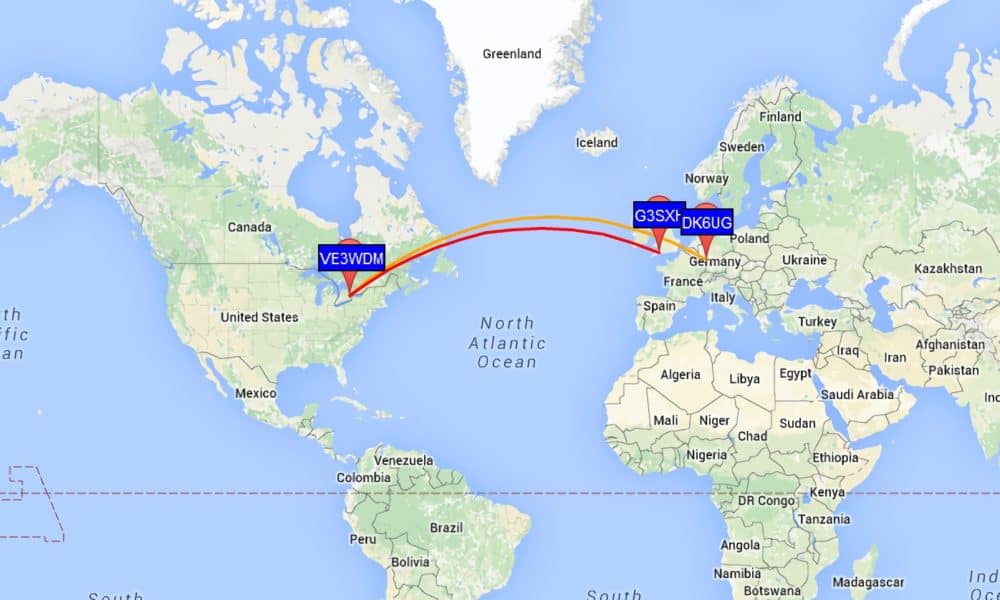 In MEPT transmissions, the radio becomes a beacon that transmits for just under 2 minutes, transmitting callsign, locator and power information. Modulation is by narrow-band FSK.

Frequencies In Use for WSPR 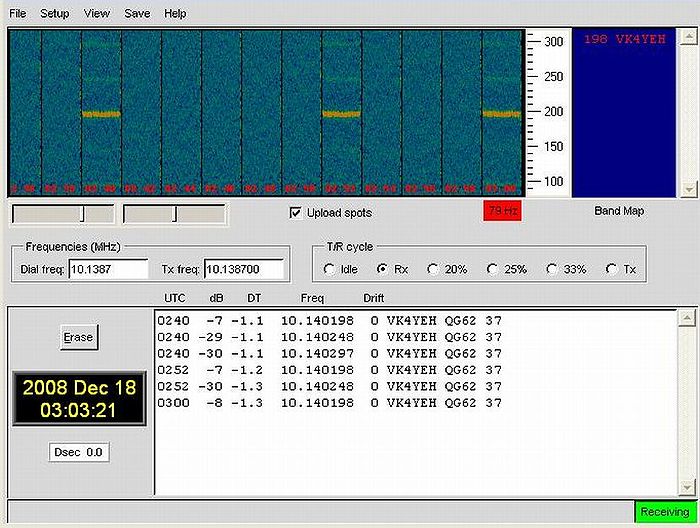 One feature of this receive pane is the multiple receive tracks from the same station (VK4YEH) at the same time. Larry Weaver supplied this explanation:

“The cause of receiving stations reporting two instances of the same transmission is usually caused by local QRM at the receive location or overdriving of the sound card input from the receiver, or both. I, along with others, have had our transmissions reported in doubles at various times. It is usually a new WSPR user who has not adjusted his input level properly or strong QRM during a WSPR receive cycle. ”

WSPR receivers are linked via the internet, and information is automatically uploaded to the server by the WSPR software ( this can be turned off ). An example of the spots page is below: 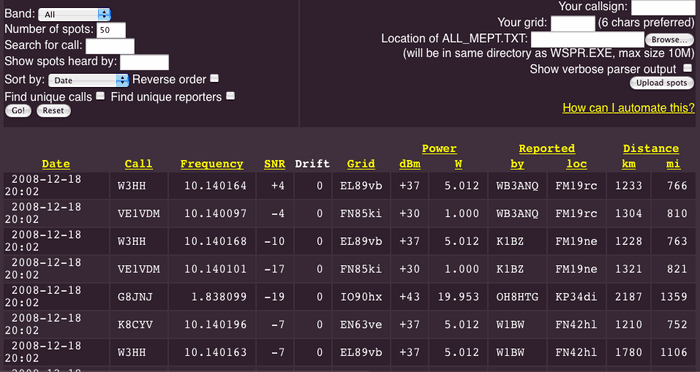 The fact that stations are linked means that time synchronization is critical. Reports suggest that time differences of greater than 2 seconds will result in errors. Many operators use Dimension 4 to synchronize their Windows PC.

Effective use of WSPR is dependent on accurate synchronization of the computer clock to “internet time”.

While this can be achieved by using the “Date and Time properties” function in windows, some users have found [Dimension 4] to be a very useful utility.

1 thought on “The Complete Guide to Weak Signal Propagation Reporter”